There are plenty of crime movies on Netflix these days, but few of them are worth the watch. I would say that on average there is about one out of ten good crime movies to watch on Netflix. That isn't to say we should give up searching for them though.

Today I have a list of the best crime movies on Netflix that span a few of the subgenres. Some of the Netflix subgenres would be crime documentaries, true crime on Netflix, and just plain old gritty crime thrillers.

I think there is a little bit for everyone on this list and all of these crime movies are worth at least two hours of your life. Enjoy.

The Oath is the story of a man willing to do anything to protect his daughter from her dangerous boyfriend. This is a newer movie coming out of Iceland. I actually don't think I've ever seen any other Iceland movies. As far as new foreign movies on Netflix goes, this is one of the best thriller movies to watch on Netflix right now. There are a lot of intense moments and the main character really has to juggle some hard decisions throughout the movie. The Oath is definitely one of the better thriller movies 2016. The boyfriend in the movie is a particularly vile character. It doesn't give anything away for me to say that as you'll see what I mean just a few short minutes into the movie. Some of the things that he says to the father are truly disturbing.

Ain't Them Bodies Saints is the story of a man who takes the fall for his girlfriend and hopes to reunite with her and their daughter in the future. A lot of people have been saying that this is one of those bleak or black movies that just lead to depressing thoughts of relationships, but I don't agree. I didn't think it was that depressing and I thought there was a lot to the story. My favorite aspect of Ain't Them Bodies Saints is the gritty and modern western feeling of it all. The majority of reviews claim this movie is slower paced and while some movies on Netflix list themselves as "slow burning" I thought there was more action than most dramas on Netflix. Casey Affleck puts on his usual good performance and it's clear that the director picked a great supporting cast. So if you're in search of one of the gritty drama movies, then Ain't Them Bodies Saints is a great choice tonight.

The Mule is the story of a naive man convinced to take part in drug smuggling and having to suffer the consequences of his decision. The Mule is one of those classic crime movies on Netflix about drug smuggling. When you think of drug smuggling, you often think of the word "mule". When you think of the word "mule" in drug smuggling, you might just think about the very negative connotations that word has. Well, I'm here to tell you that the worst thing you can imagine happening to a drug mule is what this movie is about. The Mule is a mix of the categories of crime movies, thriller movies, drama movies, and I even thought there were some pretty funny parts. If I had to pick the category that I think represents The Mule the best, I would say it deserves to be in the crime thriller movies category. I instantly added it to my list of thriller films as soon as the movie ended.

Welcome to Leith is the story of white supremacist Craig Cobb and how he tries to take over a small town in North Dakota. This man is clearly how you "define racist". Being African American myself I've clearly understood how there is racism against black people, and every other race for that matter, but it's always been strange to me how nazi's are racist against anyone that doesn't agree with their views no matter what their ethnic background. Although there are not a lot of black people in the town of Leigh, there is at least one black guy living there and along with the townsfolk, you find yourself rooting for the classic good people against the villain scenario. Craig Cobb is one of the worst time of criminals we have in this world and I suppose this movie even qualifies as true crime on Netflix. It's a terrifyingly real view of a culture that is thankfully dying out as time goes on.

The Way of the Gun

The Way of the Gun has one of the most ridiculous starting scenes to any movie out there. It will only take about five minutes in for you to know what I'm talking about. The Way of the Gun is the story of two criminals who kidnap a surrogate mother from other criminals. This is one of those bloody movies with a lot of action and a lot of violence. What could be better right? I know it's a bit of a throwback movie, but if you have the time there's a lot of good actors and a lot of action. I'd say this is a perfect Sunday type of movie when you don't feel like having to think much, if at all.

Next Time I'll Aim For The Heart 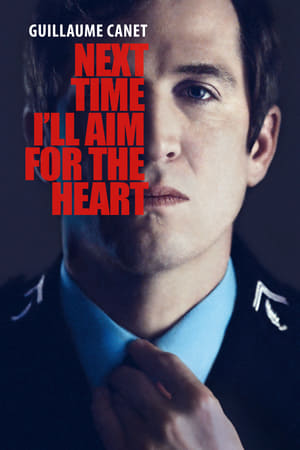 Dirty Wars is a pretty shocking glimpse into investigative journalism. I know that you have to break a few eggs to make an omelet but the atrocities committed by the JOTC go way beyond anything that can be considered ethical. I felt like these should be considered war crimes more than the casualties of war. What is most interesting about this Netflix documentary is that it plays out just like some crime novel or Hollywood conspiracy theory movie. I didn't even know what the term "dirty war" really meant until I saw this movie. I actually passed this movie up multiple times because I thought it was about the Argentina dirty war in which it was a militarized state and I had already see multiple movies about that. Dirty Wars is about a journalist named Jeremy Scahill who traces the rise of the Joint Special Operations Command and the death they leave in their wake. True crime on Netflix is hard to find, but Dirty Wars should be at the top of the list.

Here are some of the best crime movies that Netflix has to offer on streaming movies. These crime movies span a wide variety of categories but all of them are crime films that deal with some evil characters or evil acts committed by criminals of all walks of life.

As always, if you need to find more Netflix movies from every category there is, make sure to check out the homepage for all the best movies Netflix has to offer.

The Best Movies On Netflix Right Now 2018 (so far)

Some of the best movies on Netflix right now are the ones you've probably never heard of. So far…

The Best 90s Movies on Netflix

I have to admit, I'm pretty excited to bring you a list of the best 90s movies on Netflix.…