The whole point of jamilslist.com is to bring you the movies that you probably haven't seen yet. I could just recommend the most popular sci fi movies out there but that wouldn't be very helpful to you. Below is a list of some of the best science fiction movies on Amazon Prime that you probably haven't seen yet. Each one of these movies fit into a couple of different categories and science fiction is definitely their main one.

Swiss Army Man is the story of a boy trapped on an island. One day an object floats ashore that might just save his life. I would say that Swiss Army Man delves so deep into science fiction I don't know how anyone could think this up. I suppose the best science fiction movies created should be pretty out there in terms of creativity but Swiss Army Man takes it to a whole new level. It's probably the first dark comedy that made me a little queasy watching it! And strangely, I mean that in a good way. Swiss Army Man is sickening original and Daniel Radcliffe has proven that he has shed the Harry Potter roles and turned into a serious actor. Although, nothing about this movie is very serious. I don't think I've ever used this word before, but Swiss Army Man is a sort of whimsical story of loneliness. I just couldn't leave it off of this list of sci fi films because it is just insanely unpredictable and that goes a long way. Another reason I thought this was one of the best science fiction movies on Amazon Prime was that the whole story is told in such a way that you feel like you've dreamed part of it before. Everything is so sporadic and random just like dreams can be sometimes. Afterall, what could be more imaginative than a dream? I think you'll have a good time with Swiss Army Man.

Predestination is the story of a futuristic cop going back in time to search for a terrorist that has eluded him his whole career. You are in for one serious mind bending thriller in Predestination. I feel like Ethan Hawke doesn't really get the love he deserves. He seems to be quietly making great films that no one is really talking about. For example, this movie definitely will not make this list of sci fi films, but Sinister was a great horror movie starring Ethan Hawke that practically no one saw. If you're looking for a complex movie, this is definitely one of the best science fiction movies out there. Just when I thought I was coming to grips with the story, I felt like I got kicked down another rabbit hole. I've said it before, but when you start messing with time travel, it's so easy to get lost in the movie. Much like Christopher Nolan movies, Predestination will push your mind to the limit if you really try to keep up. Out of all the movies on this list of sci fi films Predestination is at the top and is probably the best sci fi movie on Amazon Prime.

Afflicted is the story of two college buddies who take a trip to Europe. During the trip, one of them contracts a mysterious illness. Although I think a lot of people want to just put Afflicted in the horror category, it definitely deserves to be on this list of sci fi films. Some of the best science fiction movies I've seen lately have the lowest budget and the most creativity. I haven't always been the biggest fan of found footage movies in the past, but Afflicted manages to breathe life into this overdone genre. Like Predestination, Afflicted is another movie that very few people have seen. The directors really did so much with so little in this movie. One of the best aspects of Afflicted is that once you get pulled in you might think you know where the story is going but I guarantee you don't. I remember when it came out, Afflicted was one of the best new sci fi movies of 2014. Even now it's way better than most of the best recent sci fi movies out today. Take a chance on it tonight. 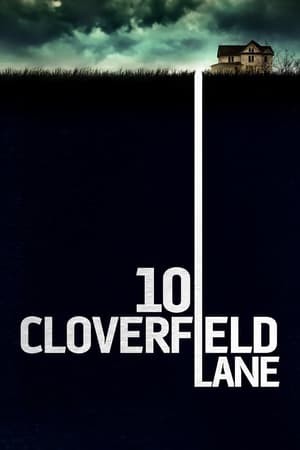 This list of sci fi films is compiled of the best science fiction movies Amazon Prime has to offer. I was going to add two more to this list, but Amazon Prime randomly took them off of Amazon Prime streaming at the last second. That's how quick some of these movies get removed. So if you're hoping to watch some of the best recent sci fi movies on Amazon Prime tonight you better do it quick!

In the past, it seemed like you couldn't find any new sci fi movies that didn't involve space or aliens. We've come a long way since then and people have produced sci fi movies that span every category of movie we have today. Although there have been plenty of duds over the last few years, I think sci fi movies are slowing making a comeback. The sci fi genre has even established itself as creating Oscar-worthy movies and that's a great sign for the future. I've spent a lot of time looking for sci fi movies 2017 and I haven't found that many worth watching, so I'm hoping 2018 is a better year. As always, you can find all the best movies on Netflix and Amazon Prime here.

I'm very excited to bring you this list of the best dark comedies on Netflix. I would have to…

I have to admit, I've always been fascinated by serial killer stuff. I used to spend hours in the…