I'm very excited to bring you this list of the best dark comedies on Netflix. I would have to say that over all of the many genres, dark comedy movies might just be my favorite. I've always called this genre "dark comedy movies" but apparently some people call them "black comedy movies" too so I will try to use the two terms interchangeably.

Dark comedies are so fun because you get to watch some of the most horrible things under the funniest circumstances. Some of the movies below might not have the biggest budgets but the dark comedy is spot on.

It takes a special type of person to really enjoy dark comedies so I'm glad you're here. You must be one of the many people that can find comedy in anything and that's great. These black comedy films will play on every serious aspect of serious movies and throw a bucket of blood in your face while you're watching it. I know that black comedy movies aren't for everyone, but for those of you who enjoy bloody thrills and twisted tales of murder, here is a list of the 10 best dark comedies Netflix has to offer right now.

We'll start off this list with a classic dark comedy. Bad Santa is the story of an alcoholic thief joining up with his partner for a seasonal run of crime. Billy Bob Thorton really plays a perfect POS in this movie. He is probably the vilest, degenerate, Santa Claus you will ever see. At the same time, he's probably the funniest Santa Claus you will ever see. I actually saw this movie for the first time in the movie theatre a long time ago. I remember hearing the laughs from some people in the crowd and the cringing of others. I feel like I remember seeing an elderly couple get up and leave even. That should serve to show you that this is not a kids movie. Bad Santa is a black comedy of the highest order.

Cheap Thrills is a great movie starring Pay Healy as a family man down on his luck, willing to do anything to make some money to support his family. If you're a fan of bloody dark comedy films then Cheap Thrills is right up your alley. These guys are so pathetically desperate for cash they're willing to do pretty much anything. Throughout the movie, every bet seems to escalate and things getter darker and darker. My favorite dark comedy movies are usually the ones that make you cringe and Cheap Thrills will absolutely have that effect on you. If you're in the mood for some twisted dares and some gruesome black comedy, then Cheap Thrills is the one for you.

Turbo Kid hit the scene in typical 80's B movie fashion. It's the story of a quirky kid surviving in a post-apocalyptic world. What makes Turbo Kid one of the best black comedy movies is all the wonderful B-rate gore. Turbo Kid takes pride in its brutally bloody effects and you'll soon find yourself cheering the hero on. Think of a low-grade Mad Max movie with a lot more blood and ridiculous one-liners. The whole movie almost looks like you made the set yourself when you were a kid playing in the backyard. Everything about Turbo Kid screams dark comedy and if you feel like taking a trip back in time for some awesome 80's blood splattering fun, Turbo Kid is a great choice for one of the best dark comedies on Netflix.

The Mule is one of the less known black comedy movies on Netflix. I always mention this movie to people who love dark comedy movies and they always say they've never heard of it. The Mule is the story of a man who becomes involved with drug smugglers and has to deal with the horrible consequences. From what I understand, The Mule is actually based on a true story so that makes this dark comedy even funnier in my book. I can't imagine having to go through something like this. The best part about The Mule is that it's a smart, cunning, movie that will keep you entertained for under two hours. Even though there's a lot of dark comedy in this movie, I found that there was a lot more compassion than meets the eye. There is one scene in particular that is extremely disgusting. Even a fan of black comedy movies like me had to look away for a little bit.

I Don't Feel at Home in This World Anymore

Update: Unfortunately, The Voices has been moved to DVD rental only.

The Voices is the best dark comedy I've ever seen Ryan Reynolds do. I know he's in a lot of movies that people consider to be dark comedy movies but none of them are really that great. The Voices is the story of a mentally disturbed man taking orders from his dog and cat. The Voices is a very dark comedy when you really start thinking about it. You feel like this is exactly how real serial killers feel when they are dealing with their inner demons. Out of all the movies on this list, I would say that this is the most realistic black comedy. It's a pretty funny movie but thinking about it in reality kind of sends chills up your spine.

Tucker and Dale vs Evil

Housebound is a great movie coming out of New Zealand about a girl being forced to live at her parents home on house arrest. Housebound is definitely one of the dark comedy movies but it's also in the category of horror, thriller, and mystery. For the most part, Housebound doesn't take itself too seriously but still manages to pull off some pretty convincing horror aspects. Dark comedy movies rarely have this much originality. Everyone puts on a good performance in Housebound and I guarantee you haven't seen a black comedy like this before. Housebound is definitely one of my favorite movies from New Zealand.

Speaking of New Zealand, DeathGasm is another one of my favorite movies coming from the country. DeathGasm is the story of young rockers starting a band and accidentally summoning an evil spirit. If you like dark comedy movies, you're going to like DeathGasm. It's really as simple as that. DeathGasm is a gorefest of the highest degree. And how about that name? You know it's going to be good! 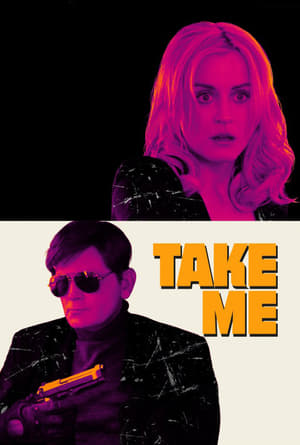 Take Me is the story of a man who runs a kidnap for hire business and gets involved with the wrong client. This is another great movie directed by and starring Pat Healy. I have a feeling Pat Healy's favorite genre of movies is dark comedy movies. Take Me doesn't have any big budget but it has a fresh take on the black comedy genre. The best parts of the movie are clearly watching Pat Healy and Taylor Schilling go at it scene after scene. I was genuinely confused on what was going on for awhile in Take Me. It was a nice surprise to find Take Me on Netflix and I think you'll really like this black comedy.

These are the 10 best dark comedies we have to watch on Netflix right now. I always tell my readers that they need to make sure to watch these movies on Netflix soon because they could be gone off Netflix streaming tomorrow. Whether you call them dark comedy movies or black comedy movies they are some of the best movies ever made. I love the mixture of ridiculous blood and gore and laughs. If you do too, you will love watching each and every one of these dark comedy choices.

As always, you can find all these movies and more on the homepage.

The Best New Movies on Netflix

There are quite a few choices on Amazon Prime for sci fi movies. And just like every other movie…