I define scary movies as those type of movies that send chills up your spine and freak you out even after you have watched it. It's easy to find mindless horror movies that provide some entertainment, but it's no easy task to find movies that will seriously scare you. 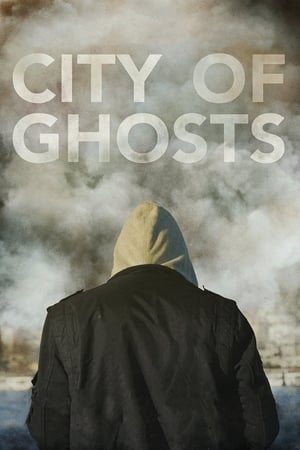 If you're looking for one of the scariest movies ever about ISIS, then you've come to the right place. City of Ghosts is the story of Syrian rebels in Raqqa, who have labeled themselves "Raqqa is Being Slaughtered Silently", secretly documenting the atrocities committed by ISIS in their hometown. This is a very good scary movie because it is horribly real. The whole documentary is filmed through real-life footage. As the film progresses the men of Raqqa must risk their lives to secretly videotape ISIS. I think ISIS is something that everyone in the world knows about by now and if you watch the news you can see that they are attacking just about everyone. Now I'm not one to ever promote letting terrorists scare you (because that's their whole plan) but it's simply the fact that a group of psychotics murdering innocent civilians is pretty scary. No matter if you consider a person a terrorist or not, if they are committing public executions on the townspeople, I'd say they are someone to be feared at least a little. I don't pretend to know much about the Syrian war but I have seen some of the effects of it in the news and it all seems very sad. Even though City of Ghosts is one of the best documentaries on Amazon Prime, it is also one of the scariest movies on there as well.

Room is the story of a woman and her son trapped in a room and forced to live there against they will. I actually didn't know anything about Room before I watched it. Once you see the movie, you'll understand why I was fairly confused on what was going on for the first fifteen minutes. I have Room on this list of the scariest movies ever on Amazon Prime because it is frighteningly real. I used to always Google "scariest movie ever" and a lot of the time I would end up with information on movies based on real-life serial killers. I don't know about you, but the deeper I read into real serial killer stuff, the scarier it gets. Room is actually based on a true story of an evil man named Joseph Fritzl. I'd rather not share the details of this guy and what he did to his daughter, but suffice it to say, it's absolutely horrible. Room is one of those very real scary movies because it perfectly depicts the horror and desperation of a person stuck in this type of hell. Like I said at the start, the scariest movies aren't always the ones about ghouls and goblins. The scariest movies are the ones that you know actually took place in life and real people had to live through.

Green Room is a great movie starring the late Anton Chekhov. It's the story of a small punk band desperate for gigs and deciding to play for a group of neo-nazis. Interestingly enough, the movie is based on an experience with nazi's in the director's youth. What makes Green Room one of the scariest movies ever on Amazon Prime is that sometimes we forget how sadistic neo-nazi gangs can be. I really did not expect the amount of violence that's present in Green Room. What's scary about the movie is that gangs like this actually exist. I remember reading a similar story of a neo-nazi gang that was known for random knife attacks on unsuspecting victims. The light went off in my head as soon as I watched Green Room. Not only was it a good scary movie in the sense that it reminded me that people like this actually exist in the world, but it also reminded me that messed up people like this are organized and can breed such a high level of hate amongst the impressionable youth. Is Green Room the scariest movies ever made? No. But you might be shocked at how violent nazis can be. 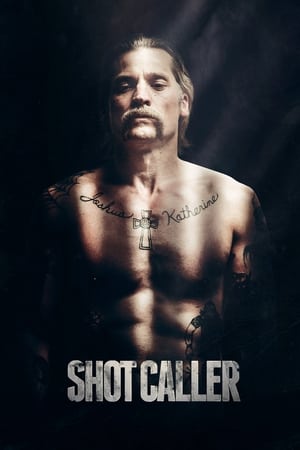 It's easy to explain why Shot Caller is on the list for scary movies amazon prime. I'm a big fan of the TV series Locked Up, which is about the prison system, and Shot Caller fits right in with the horrors of prison. I don't care how tough you are, a prison is a scary place. I choose Shot Caller as one of the scariest movies on Amazon Prime because it's frighteningly real. I actually had a friend that I considered to be fairly normal in high school. We were fairly close but fell out of touch just out of high school. Fast forward a few years and I get word that he has been working his way up the ranks of the white supremacist's federal prison gang. This is a guy that grew up in a rich area of town with both of his parents in the picture. He wanted for nothing in the safest town imaginable and still ended up as a white supremacist gang member. The same thing happens to a regular guy in Shot Caller. As I keep saying, the scariest movies are the ones that you can actually relate too. As soon as I saw Shot Caller I instantly thought of my old friend. I still think this is one of the scariest movies on Amazon Prime and I just know someone who this happened to. From my friend's parents perspective, this must be the scariest movie ever.

So again, I hope you didn't come here looking for the scariest horrors on Amazon Prime. I wanted to take a stab at a new type of "scary" and relate it to you in a slightly different way. All of these movies have interesting plots and they are definitely some of the scariest movie ever to ever stream on Amazon Prime.

A good scary movie doesn't always have to be a horror movie. Sometimes the scariest movies are the ones you can actually relate to.

So the next time you think about Googling "scary movies amazon prime", say yourself some time and just check back on this post for all my updates.

The Best 90s Movies on Netflix

I have to admit, I'm pretty excited to bring you a list of the best 90s movies on Netflix.…

It's not always easy coming up with a list of the scariest movies on Netflix. The problem is, there…