Sun Choke is the story of a woman forced to endure a bizarre regimen by her caretaker. So Sun Choke is a seriously black film. If you can find the answers in this one, please contact me and let me know. But this isn't one of the best dark movies on Netflix because it's hard to decipher, it's one of the best dark movies on Netflix because it will take you down the rabbit hole of insanity. Who know's what the writers and director were thinking when they came up with this idea for Sun Choke but it's entertaining, to say the least. The best surprise about Sun Choke, and why it deserves to be on this list of black movies on Netflix is the violence. That's not giving anything away, but violence always goes a long way toward keeping me entertained.

When Animals Dream is a dark movie about a girl who discovers a grisly family secret. This Danish movie is surprisingly dark in the most subtle of ways. The whole scenery of the movie is dark and dreary and you really get a sense of the small town lives of the characters. Without giving too much away, where most directors have failed with this genre, When Animals Dream manages to bring a rare glimpse of originality. I haven't really found many good black movies coming out of Denmark, but after seeing When Animals Dream I hope there are plenty more to come! When Animals Dream isn't a movie you will soon forget, so give it a try if you're in the mood for something dark. 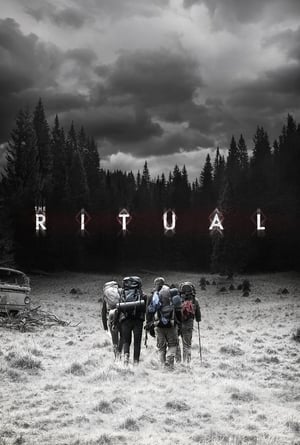 The Ritual is the story of friends going on a Scandinavian hike to celebrate the memory of a lost friend. So The Ritual can definitely belong to both the categories of dark movies on Netflix and scary movies on Netflix. There was a particular scene in The Ritual that is really offsetting. As I have mentioned in another blog post, I watched about 30 minutes of The Ritual and then I had to get up very early the next day so I went to bed early. I'd be lying if I said I didn't look behind me more than a few times before I officially turned off the lights. Once I continued the movie the next day I was pleasantly surprised at how this dark movie managed to really dig deep into the mind of the characters. It's one of the black movies on Netflix that has really interesting and original flashbacks that play with your mind a little. If you're looking for a dark movie that plays with the horror genre, along with the thriller genre, then look no further than The Ritual. 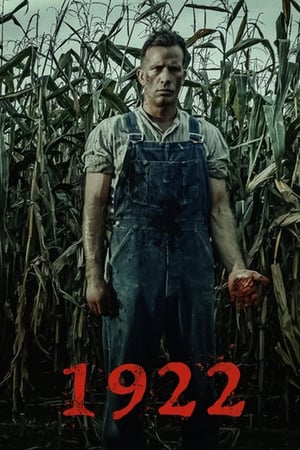 I really enjoyed 1922. It's no secret that I enjoy a lot of Stephen King movies. But just because this is a Stephen King movie, it doesn't mean that it's only good for sending chills up your spine (although it probably will). Stephen King is a phenomenal writer in every sense of the word. 1922 is one of the best black movies on Netflix in my opinion. There are some very eerie scenes and more than enough creepiness to raise the hair on your neck. Sure, I guess it's one of the scary movies on Netflix too, but it's so much more than that. Each character in the story is so set in their ways and it makes you wonder how Stephen King manages to dive so deep into the character work. This is a dark movie filled with dread and the slow lurid confesses of a haunted man.

Looks like we actually found one of the most obvious dark movies on Netflix. The title of Donnie Darko says it all. Donnie Darko is definitely a Netflix throwback. If you're looking for one of the best black movies on Netflix, then look no further. Donnie Darko is the story of a bright and charming teenager with a dark side. There's really a whole lot more to the story than that, but I don't want to give too much away. What makes this a great black film is Donnie's growing friendship with Frank, a monstrous rabbit. Yes, you read that right, a monstrous rabbit. Didn't see that one coming did you? What you get with Donnie Darko is one of Jake Gyllenhaal's best performances and one of the classic black movies we have on Netflix right now. I'm sure it won't last long on Netflix streaming so make sure to watch it while you can!

I am Not a Serial Killer

Looks like we have another dark movie that is already being given away by the title. I am Not a Serial Killer is the story of a boy struggling with his inner demons while trying to solve the mystery of suspicious murders in his small town. This is one of my favorite dark movies on Netflix right now. The main character is a really good actor and he plays the role of a confused teenager exceptionally well. This is a pretty twisted black film that is filled with mystery, gore, and of course, the great Christopher Lloyd. At times it almost feels like I am Not a Serial Killer wants to be a drama because the emotions are running so high with so many characters. At the end of the day, there is definitely some drama, but it is all clouded in some serious darkness. I rarely see dark movies on Netflix that actually have a unique plot and I guarantee you will never guess what is going to happen.

Man, now Room is a seriously dark movie. I'd go ahead and say that Room is the top of the dark movies on Netflix (or the top black movies for my other English friends). For me, Room was a seriously creepy movie because I've always been a big fan of reading stuff about true life crime and serial killers. I have read enough to know that stories like this are very true and probably continue to go on right now as I'm writing this review. The benefit of watching Room is that it has a very positive outlook on a horrible situation. This is one of the dark movies on Netflix that has a really good message about dealing with trauma in life. If you're looking for a movie that has a plot of real-life horror mixed with compassion, and even comedy, then this is one of the top black movies for you to watch on Netflix tonight.

The Boy definitely isn't one of those black movies on Netflix that's full of hair-raising terror straight off the bat. It's not an Oscar worthy movie either, but it's great for mindless entertainment. The Boy is the type of dark movie that slowly creeps over you and gives you a strange feeling like something is hiding around the corner ready to jump out at you. The Boy is the story of a woman who takes a job as a caretaker in the English countryside. The Boy is just an odd movie that had me guessing at what was to come. It makes this list of dark movies on Netflix because it was a lot creepier than I expected. There are a million horror movies about dolls out there, but The Boy was just a little different than most. The critics really hated The Boy but if you're in the mood for a black film that will give you a scare or two, without leaving any real mental scares like Room, then it's a good pick for tonight.

Under the Skin is about a woman roaming around Scotland preying on unsuspecting men. That's actually a very mild description of Under the Skin and not very representational of why this deserves to be on this list of the best black movies on Netflix. I guess it's just because it's a hard movie to review. Under the Skin is one of those "out of this world" movies that may make you think you're going out of your mind as well. This is definitely one of the strangest dark movies I've seen on Netflix in a long time. Not only do I consider this one of the weirdest dark movies on Netflix because of the entire plot, but it should be said that a lot of this movie literally takes place in the dark. Under The Skin is a kind of cerebral display of a movie. You find yourself in the mind of the main character a whole lot and I still don't know what I was witnessing. The best advise I can give you is to just try Under the Skin out based on faith. If you're looking for the top black movies in the category of weird, you can't go wrong with this one.