I admit that there hasn't been a whole lot of new sci fi movies on Netflix lately but we have seen a few pretty good sci fi movies being added this year. I love writing about good sci fi movies because they bring out the inner child in everyone. I love a good true crime or true story movie as much as the next person, but sci fi is where we get to just sit back, relax, and see what kind of crazy ideas can make it from someone writers brain all the way to the screen. What also makes sci fi movies so great is that they often combine all genres in one. You can have sci fi action movies, sci fi drama movies, even sci fi comedies! They all have a familiar tone and that is that they all strive to be original works (whether they actually succeed or not is up for debate) that test the limits of the mind. So join me down this path of the top science fiction movies on Netflix right now and I promise you'll get to just relax for the night and let your imagination run wild.

Cloud Atlas is the story of different lives being lived throughout the past, present, and future. Cloud Atlas is one of the most original sci fi movies I have seen in a long time. One thing I will say is that I never like to have big name movies on my Netflix movie list. I always feel like everyone has seen the huge mainstream movies and the whole point of jamilslist is to share the hidden movies that most people haven't seen. I decided to add Cloud Atlas to this list of science fiction films because it got a lot of hate from the critics. I think Rotten Tomatoes even rated it around 60%. I have no idea who comes up with these ratings, but Cloud Atlas is definitely not a 60% movie. It has great acting, an interesting and unique plot, with plenty of action to keep you entertained. It's rare that you find good action sci fi movies so you really have to enjoy the few that we have on Netflix. One of the best things about Cloud Atlas is that it makes every actor actually act! Now don't get me wrong, because I love Robert Deniro and Al Pacino, but they rarely play a role other than themselves. I mean, I actually consider them to be at the top of the list for my favorite actors and I can still say that they rarely play different roles. Every actor in Cloud Atlas is forced to take on a new role in the film, no matter how good or vile the character may be. That was a breath of fresh air for me to see the different depth of acting each person was capable of. Nevermind that happening in science fiction movies, that hardly ever happens in any movies.

A strange woman roams around Scotland luring men. Now Under The Skin is definitely one of the strangest movies I've seen lately. It was added to Netflix alongside a few of the latest sci fi movies and it will really throw you for a loop. Scarlett Johansen puts on a pretty polarizing performance. Even after I've seen Under The Skin it's hard to explain why it's one of the top science fiction movies on Netflix right now. I guess above all it's an absorbing film. Without giving too much away, the whole movie has a surreal feel to it and you kind of find your mind wandering away with the character. She will be confused, you will be confused, and the movie will continue on until you both land on a solid plot surface, only to drift away to another realm of consciousness. I'm deep, I know. But really, you will find that this fits in perfectly with good sci fi movies because it is completely original, increasingly mysterious, and just downright strange. By the end of this movie, I doubt you will really grasp everything the director was trying to show you (I didn't at least) but you will come away with the notion that this was one of the sci fi movies that was definitely worth your time tonight.

So in the real world, I work as a computer programmer. I spend my working hours sifting through code and creating programs. Maybe that's why I was attracted to Ex Machina in the first place. Ex Machina is the story of how a mid-level computer programmer wins a contest to spend a week with the brilliant and mysterious CEO of his company. Ex Machina is probably the one movie on this sci fi movies list that might just send chills up your spine. I don't mean that in a scary way either. I think it will play with your mind until you get that gut-sinking feeling that something is wrong and that's how you will get the chills. Artificial intelligence in science fiction movies is nothing new. Plenty of people have done it in movies and some of the best science fiction books are about artificial intelligence. What Ex Machina brings to the table is a new level of artificial intelligence in science fiction movies. In a way, you become part of the process and you become involved as well, as the characters go deeper and deeper into the computer simulated minds of the machines. In my opinion, I think Ex Machina is one of the top science fiction movies I've ever seen. Ex Machina is smart, sharp, and downright creepy. This should be at the top of your sci fi movies list.

Turbo Kid is the story of a kid living in a post-apocalyptic wasteland while being forced to battle a ruthless gang. You know how I knew I was going to like Turbo Kid? The blood. It doesn't take long into this science fiction movie for the blood to flow and does it ever. Turbo Kid is at the top of the list of science fiction films if you were a kid of the 90's and want to reminisce on the era. It's like a silly version of Mad Max really. You have both the bloodthirsty gang and the lone wolf characters. It has the raw apocalyptic vibe and much funnier action that you usually see in action sci fi movies. The special effects are b-rate but that's what makes Turbo Kid so great. There's no need to cringe this time at the bloody mayhem, just laugh along with it. Like I said, if you like campy humor, hysterical gore, and one-liners, then this is one of the top science fiction movies on Netflix for you.

What Happened to Monday 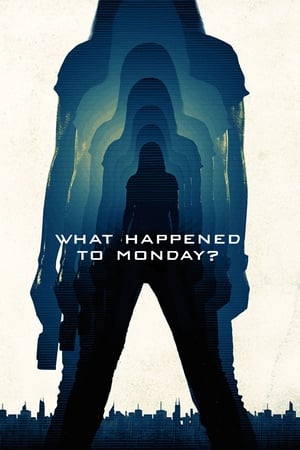 Overpopulation is plaguing the planet and a family of sisters is forced to live in secret. What's perhaps the eeriest thing about What Happened to Monday is that it's almost a real premise for the future similar to communist China setting a children policy limiting the number of children people are able to have. I don't actually think it's a real thing that's going to happen in the future, but it does kind of make you think about how far we can really last into the future when this world becomes too populated to live in. What steps will governments take to prevent it I wonder? What Happened to Monday is a horrible answer to that question and it's definitely one of those good sci fi movies that go well beyond the realm of reality. It's one of the fun action sci fi movies that will keep your eyes peeled to the screen. I was actually presently surprised at the amount of violence in What Happened to Monday. Violence can go a long way for me and that's one of the main reasons What Happened to Monday made this list of science fiction films. There are plenty of cat and mouse elements to keep you guessing and I'd be surprised if you didn't find the plot to be pretty mysterious. Again, you know how much I value originality by now and the premise for this movie alone makes it one of the best done latest sci fi movies on Netflix.

Like I mentioned at the start, the latest sci fi movies haven't been all that great but the five choices above are all great additions to Netflix. The sad part is science fiction movies rarely have this level of originality and you still won't usually see these movies in peoples lists of good sci fi movies. I suppose that's why I started jamilslist. I got tired of all the mindless science fiction movies out there that had no real plot and no real entertainment. Although, I hear Netflix actually has some upcoming sci fi movies in the work so maybe the tides will turn. Until then, check out the titles above and if you are in the mood for some Netflix series, make sure to check out my latest post about the best series Netflix has to offer.

The Best Dark Movies on Netflix 2018

There are plenty of so-called dark movies on Netflix but few of them will actually creep you out, make…

The Best Netflix Series to Watch 2018

Welcome to my list of the best Netflix series 2018. Even though I still have a great Netflix movie…