Welcome to my list of the best Netflix series 2018. Even though I still have a great Netflix movie list, it's time that we started digging into the Netflix series by coming up with the best Netflix series list out there. Gone are the days of finding a million good tv shows to watch. Now we must rely on Netflix. To be honest, I'm excited to have a Netflix series list now. It's no big surprise that Netflix TV shows have been taking over the spotlight lately. I have to admit that I was a little bit resentful at first. I liked my Netflix movies because they were short and sweet and I didn't have to spend hours and hours of my life watching Netflix series for days on end. Even though I still do favor my movies over my series, I have to admit that Netflix has produced some pretty good shows as of late. What I've noticed is that I gravitate towards the reality series as opposed to the completely made up stories that are sensationalized to the point of ridiculous drama in every single scene. So on that note, here are some of the best Netflix series that are documentaries based on real events and facts. Some of the Netflix series on this list are Netflix new releases, and some have been around for a while. A lot of things are pretty intense, so don't say that I didn't warn you!

I think more Netflix tv shows should be about true crime like The Staircase. It was one of the better Netflix new releases this year. I'm very surprised that I never heard about the story of The Staircase while I was growing up. I suppose it didn't have the sensationalized feel it did when the actual events were taking place but I was just getting out of high school when the real events took place and I still had never heard of it. The Staircase is the story of Michael Peterson and the mystery surrounding his wife's death. Never since Making A Murderer have you been so conflicted on what could possibly have happened in this story. I don't want to give anything away but I think you will be excited, frustrated, and a little confused even til the end of the series. There are so many twists and turns that can sway your opinion about Michael Peterson one way or another. I won't say what side I was on, but if you've been following my reviews for a while now, I'm guessing you will be on the same side. This is a great Netflix series to watch and a great addition to my Netflix series list.

Most people have already heard of Making A Murderer, but in case you haven't, it's the story of Steven Avery serving 25 years in prison for a wrongful conviction and the trouble he finds himself in after his release. This is undoubtedly one of the best TV series Netflix has to offer. I think everyone will feel for Steven Avery, at least at the beginning of his life, whether or not you cast him out later. Although people can always mask their true self, it's hard to picture Steven Avery as the cold-blooded character the Wisconsin police department try to depict him as. Once you watch this series for the first time, you will most likely need to think it over and discuss and debate it with friends. This is a perfect choice for a Netflix series to watch tonight. I believe that whatever side of the debate you find yourself on, you will be able to agree that there was clearly injustice suffered by Steven Avery. The next thing I predict is that you will be stuck to the edge of your seat with Making A Murderer and I doubt you will leave there until the very end. This is probably at the top of true crime Netflix tv shows and it's no small feat finding good new tv shows on Netflix.

I Am A Killer 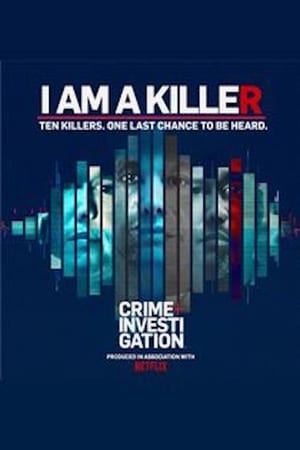 Another great addition to my Netflix series list is I Am A Killer.
I Am A Killer is one of the newer Netflix series to watch of 2018. I Am A Killer is a Netflix tv series about Death Row inmates and what mistakes they made that lead them there. Every inmate gets to explain their story in their own words. My favorite part about I Am A Killer is that you get to try to play detective. Some of the guy's stories are extremely brutal and you start to wonder who is telling the truth about their crimes and who is just trying to talk their way out of jail. When the series first starts, you get the feeling that this is just going to be story after story about murderers and how they just decided to live outside the confines of society. But the deeper you go, the more you start to realize that these people started out just like everyone else and had very difficult lives as children and teenagers. I don't want to make up any excuses for the horrible crimes they committed, but I think you will start to feel a tiny bit of empathy for some of the inmates. If you're looking for something new on Netflix, check this out. 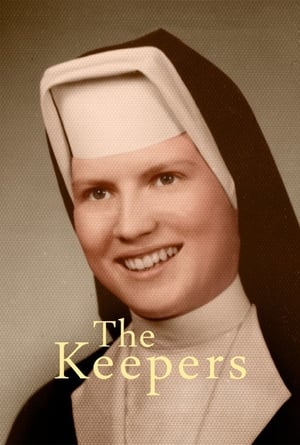 The Keepers is the most powerful, and the hardest to watch, of the Netflix tv shows. I can feel my blood boiling at the thought of it. The Keepers is a Netflix series that surrounds the mysterious death of sister Cathy, a nun and Catholic school teacher in Baltimore. It will make your skin crawl to hear about how evil men can be. The immeasurable courage from the girls who spoke out against the church is inspiring and it's impossible to watch The Keepers without getting angry yourself. Don't be afraid to watch this series even if you feel like it's going to be unbearable to watch. Imagine the poor girls having to live through it! With all the recent Catholic church scandals, I wouldn't blame you for wanting to pass this up, but I strongly believe if we don't learn from the past we are doomed to repeat it. The people that stick up for others in the face of evil will always be the type of people we should aspire to and sister Cathy deserves to have her story told. This is one of the most important, and saddest, Netflix series to watch.

Rounding out this list of the best Netflix series to watch is Narcos. So I've written about how much I loved Narcos before, but in case you missed it, this is probably my favorite series ever on Netflix. It should be at the top of everyone's Netflix series list. I loved everything about it from the Spanish, to the South America landscapes and jungles, down to the bloody and vicious murders and tortures. I would say Pablo Escobar played by Wagner Moura is the most captivating character I have seen in a long time. He's absolutely perfect for the role and everyone around him steps up to the plate as well. My favorite part about Narcos is that with nearly every scene, you get a synopsis of the true life story and even some video to back up the accuracy. I think most people think they already know the story of Pablo Escobar and the Medellin cartel, but this series will really shine a light on a lot of things you probably missed. After you're done with season 1, jump right into season 2. Season 2 is the story of the Cali Cartel. You get a glimpse of the formation of the Cali Cartel in season 1, but season 2 shows their rise, their style of drugging running, murder, and new tricks they bring to the game. If I had to choose, I would say I liked season 1 the best, but season 2 of Narcos is a very close second. Whatever season you choose, Netflix tv shows don't get much better than this.

As I mentioned at the start, we know that there are Netflix good tv shows to watch now. It's just not always easy to find new tv shows on Netflix. These are definitely the best series on Netflix I have seen so far. The best Netflix series to watch are the ones that you keep wanting to watch from one episode to the next. These are all heavy hitters and they deserve to be streamed and binged as long as you want. I rarely see anything on Netflix worth bingeing outside of these series so take advantage of them while you can. I promise you that every one of these series will make your Netflix series list.

Getting tired of the series on Netflix and need some great movies to watch? Good movies to watch are hard to find so head over to the homepage for all the best movies Netflix has to offer.