2018 has been a fairly good year for thriller movies on Netflix. Heck, it's been a good year for all movies on Jamilslist. Thrillers are nice because you can usually tie in a lot of genres into it. Are you a fan of horror movies on Netflix? Well, I bet you'll find a lot of the good horrors on Netflix can be considered thrillers as well. How about action movies? Good Netflix action movies usually give me a thrill, so I'd be happy to include them in this list when I find them. The point I'm trying to make is, some of the movies listed below could span a few different genres, but all of them definitely deserve to be in the list of the best thriller movies on Netflix 2018. Besides, to find the best movies on Netflix right now, you have to be willing to bend the genre rules a little bit! 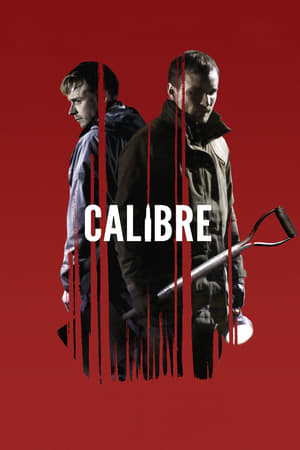 Calibre is the story of two childhood friends going out into the Highlands of Scotland on a hunting trip. It's one of the more bleak, or black movies on Netflix really. Once things start to spin out of control, it just snowballs from there. I guess I'm just trying to say that it's just one of those dark movies on Netflix that you don't see coming. Something about Calibre just grips you and doesn't let go. I kind of started to put myself in the position of the characters and thought of what I would do in the situation and you might find yourself doing the same. It's not one of those mind twisting movies, but it'll get you thinking for sure. If anything, I would not say Calibre isn't the easiest watch, but it's definitely a worthy pick for one of the best thriller movies on Netflix right now.

An American woman takes a job as the nanny in the remote English countryside. Some people liked The Boy, some people hated it. I personally thought it did its job. It's a popular movie listed under horror movies on Netflix. Unfortunately, it's in the category of ghost movies on Netflix. The thing is, the "doll" ghost movies have been so overdone it's hard to know what movies to trust these days. Sure, maybe the very first doll horror movie was ok, but the last hundred of them have been pretty horrible. They all lacked originality and they all had the cheesiest scares possible. The Boy is one of those weird movies that you haven't seen in a while. I mean in my opinion, we need more weird movies these days. I'd go as far as saying the best weird movies on Netflix are some of the best movies on Netflix. The Boy got destroyed by critics at the box office but I didn't agree with what they had to say really. It's just one of those odd movies. Does it come together perfectly and is it the best thriller/horror on Netflix? No. Is it worth your time to watch hungover on the couch on a Sunday? Absolutely! And unlike all the other doll horror movies out there, this isn't a copycat movie.

After an emotional trauma, a woman joins her friends to spend some time exploring caves in North Carolina. If you have no idea what The Descent is you're in for a pretty twisted movie. Besides the fact that boundless gore awaits, you might just find The Descent to be one of those mind twisting movies. The first thing I noticed when watching The Descent is that I would never ever put myself in this position. Ever wondered what it's like to wander into a pitch black cave that no ones ever explored before? Yeah, me either. I mean if you're literally looking for one the best dark movies on Netflix, you found it. And I definitely mean that literally. Half the time it's a black movie and you can't see anything. But I guess that just adds to the allure and terror of it all. Sure, it's one of the horror movies on Netflix, but I would argue that there's enough action to keep the "thrills" going the whole movie.

The Gift is the story of a married couple who become acquainted with a man from the husbands past. Man, talk about a creepy movie. Everything seems so normal in The Gift until you start to dig deeper into it. That's when it turns into another one of the mind twisting movies on this list. The Gift is one of those creepy movies that get under the skin. The old high school acquaintance is such an odd character you really don't know what to think. Some of the best weird movies are the ones you can relate to and I think we all have someone from our past that reminds us of this person. He's the guy that didn't quite grow out of high school and is still living in the same old neighborhood. Although there's nothing wrong with that unless you're this guy. Joel Edgerton's character definitely belongs in this twisted movie. As the movie goes on, it almost feels like a horror movie in a way. It's not to say that this is one of the scariest movies on Netflix but it just makes it all that much creepier that it's something that could maybe happen in real life. What I really liked about The Gift is that Jason Bateman isn't playing the usual happy go lucky character. It's good to see him in a different light and it showed his versatility as an actor. Even if it had to be in a twisted movie.

As always, you can find all the greatness Netflix has to offer here.

The Best Netflix Series to Watch 2018

Welcome to my list of the best Netflix series 2018. Even though I still have a great Netflix movie…

The Best Movies On Netflix Right Now 2018 (so far)

Some of the best movies on Netflix right now are the ones you've probably never heard of. So far…